To understand the narratives and key players driving the digital conversation, Constella’s team created a custom, proprietary dashboard available through our Dome Platform, visualizing selected dimensions of the digital public conversation pertaining to the Ukraine crisis with the goal of identifying fast-moving global trends emerging from the online conversation. Each week, Constella Intelligence will share notable findings from its dashboard on the Constella Intelligence blog. Below are key insights from April 5th to 11th, 2022. Over the period analyzed, the dashboard captured 16,809,958 results generated by 2,386,360 users interacting in English.

In this community, groups criticize both the negative impact of sanctions, along with an address given by an Azov regiment member and President Zelensky to the Greek Parliament. These criticisms merge with alternative and conspiratorial narratives around the Bucha atrocities. Some users, like the now-Twitter-suspended American, Scott Ritter (@RealScottRitter), claim that Zelensky is arresting and killing Ukrainian citizens, alleging he is a war criminal.

Notably, a recent article by Dustin Volz in the Wall Street Journal found that Russian cyberattacks against Ukraine have not changed battlefield outcomes. One explanation, according to analysts, is that Russia’s cyberwarriors are focused on propaganda, rather than direct assaults. While this trend may shift, our insights clearly expose the amplified disinformation efforts of Russia’s media and intelligence communities within the digital public conversation. 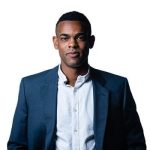 2. Discontent and criticisms in the US are nationally contextualized, focusing on domestic issues by targeting American political figures
American politicians including President Joe Biden, Senator Mitt Romney, John Kerry, and Speaker Nancy Pelosi are attacked for their political beliefs. Voices within this community also criticize PresidentBiden, and allege his children have allegedly derived corrupt business dealings in Ukraine. Rising energy prices are blamed on the Biden administration and blaming Russia is seen as a liberal “excuse”, notably by conservative politicians like Senator Ted Cruz (@SenTedCruz).

3. Hacktivists form a residual community at the periphery of the debate
A group of digital activists and “hacktivists” comprise a small community that produces conversations commenting on several of the atrocities occurring in Ukraine. Users in this community are pro-Ukraine and share a combination of satirical and emotional content, in addition to threatening additional attacks against Russian infrastructure until the aggression ceases. Handles linked to the hacktivist collective, like Anonymous, are visible throughout the users identified within this community.

1. Ukraine Support (39.2% of users): Ukrainian citizens denounce the war crimes committed against the civilian population, with a focus on women and children. Users attack those who sympathize with the Russian-driven narratives regarding alleged war crimes.

2. Ukraine Discontent (16.6% of users): Criticism of Ukraine, and particularly Zelensky, who is accused by users in this community of arresting and attacking his own citizens. The EU’s economic sanctions on Russia are questioned, with users noting the disproportional impact on the civilian population.

3. UK Discontent (9.5% of users): Conversations narrate atrocities against the civilian population and share emotional stories about women, children, and refugees. On the other hand, users denounce “Russian atrocities”, citing specific cases in Mariupol and Irpen,questioning those who support Russia’s narratives.

4. Global News (2.6% of users): A global community led by Catholic artists and journalists. They point to the impact of war on people’s lives, well-being, and futures. Users offer graphic information denying Russian information about the Bucha massacre. Conversations also address the massive civilian exodus from Ukraine and how displaced peoples are adapting in their host countries.

5. US Discontent (2.2% of users): Users criticize President Biden, Senator Romney, Former Secretary of State John Kerry, and Speaker Pelosi for their comments and opinions, while alleging that the Biden family maintains corrupt business ties to Ukraine.

6. UK Support (1.6% of users): In the context of Boris Johnson’s visit to Kiev, messages value the courage and bravery of the Ukrainian people and President Zelensky. Messages about financial or humanitarian aid from countries such as the United Kingdom, Canada and France stand out.

7. Racial Discrimination (1.4% of users): Racism in Ukraine and Russia is debated, while western media are accused of overstating the presence of the extreme right in Ukraine. Users also condemn military actions against the civilian population.

8. Cyberterrorism (0.6% of users): Users disseminate graphic content (videos and comics) about the Russian attacks on the Kramatorsk station, including a video made by Ukrainian artists to show the impact of the war on people’s lives. Additionally, users share the Russian ambassador’s statements to the UN where in a lapse he self-corrects, noting that the deceased in Bucha were not identified before the arrival of Russian troops.

Constella’s Ukraine dashboard navigation example.
To see our full dashboard in action, Request a Demo with one of our geopolitical intelligence experts.